​The Music Scholars programme at St James’s started in the Autumn of 2021. Their musical talents and creativity will enhance the music of our services until the end of July 2022. 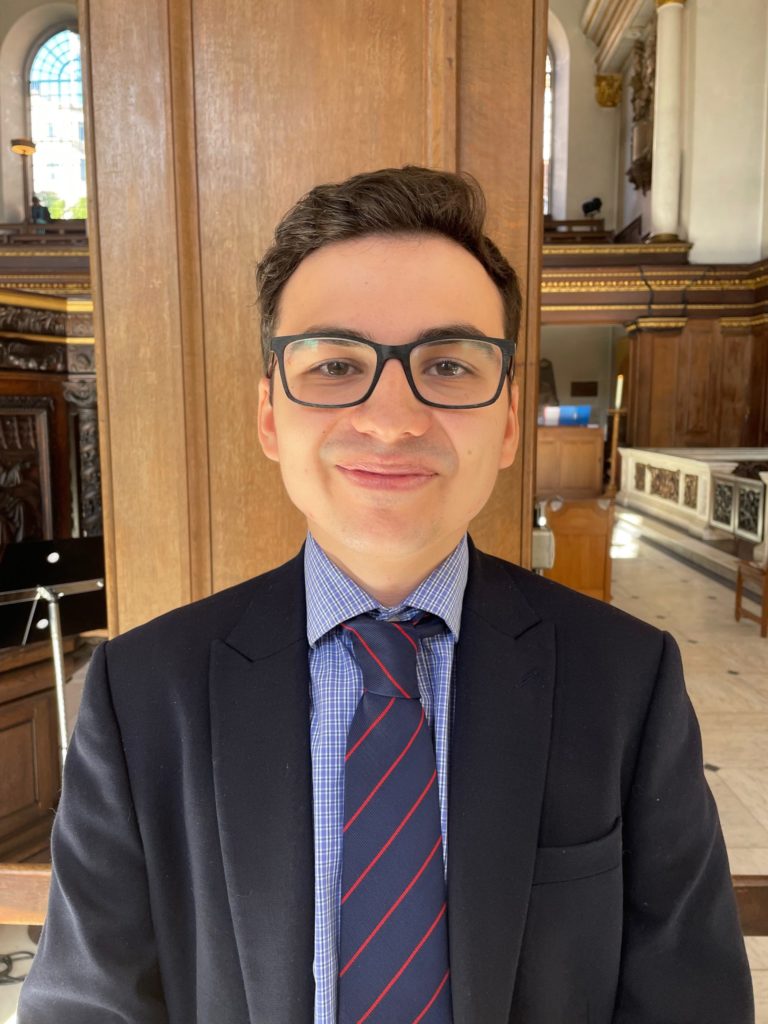 I started singing when I was seven in the local choir. From there I was offered a place as a chorister at St John’s College, Cambridge under Andrew Nethsingha. As well as singing six services a week, including several broadcasts for BBC Radio 3, the choir made two recordings a year with Chandos, performed concerts and toured in Europe and Asia including Japan, Singapore, The Netherlands, and Germany.

I’ve sung for the Dalai Lama and at the 70th anniversary commemorations of the D-Day landings, broadcast on BBC 1 from Normandy. In my final year I was appointed head chorister. After leaving St John’s, I was offered a music scholarship at Oakham School, and studied with David Beavan. In 2019, I was offered a place in the National Youth Chamber Choir, made up of the best singers of the main National Youth Choir.

This September, I took part in the Genesis Sixteen programme. Led by Harry Christophers, this is a prestigious choir of young singers who have workshops and lessons with members of the Sixteen. Currently I’m reading Natural Sciences at University College London.