To coincide with Refugee Week 20-26 June, St James’s Church is exhibiting a video and installation by Syrian-born artist Issam Koubaj, documenting a performance he undertook in 2021 marking the tenth anniversary of the Syrian Uprising. 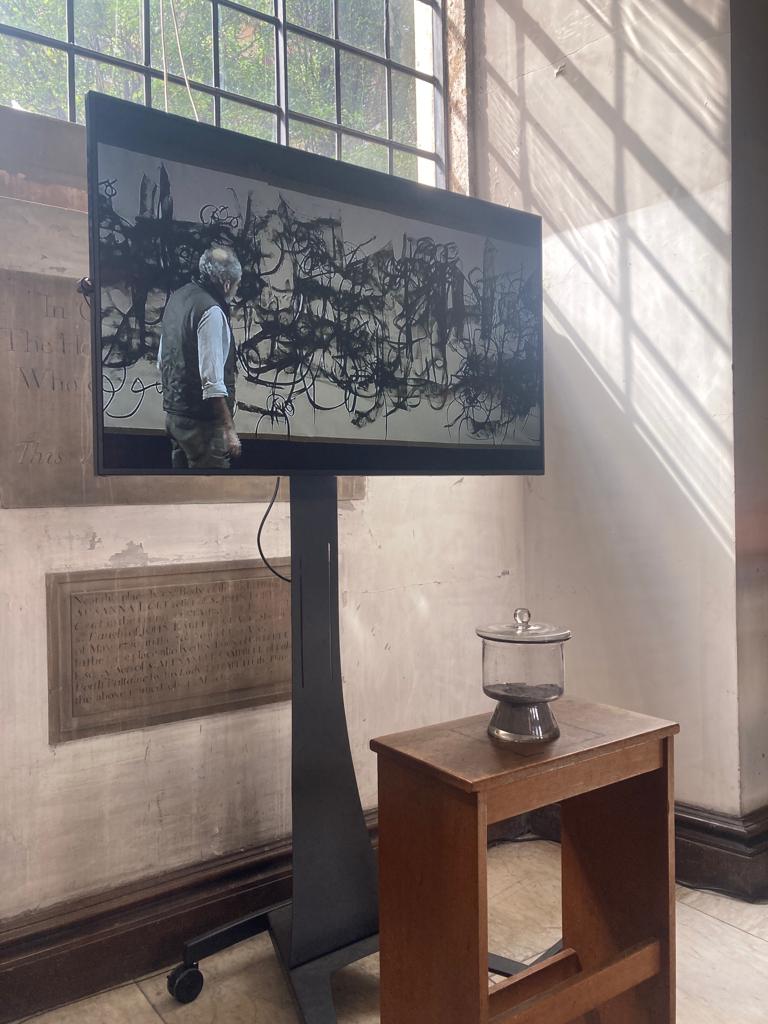 Originally performed and livestreamed on 15 March 2021 – the tenth anniversary of the first day of unrest – the performance recalls the role played by young people who used graffiti to spread a message of protest. In March 2021, Kourbaj said: “To mark the tenth anniversary of the Syrian uprising, which was sparked by teenage graffiti in March 2011, this drawing performance will pay homage to those young people who dared to speak their mind, the masses who protested publicly, as well as the many Syrian eyes that were, in the last ten years, burnt and brutally closed forever.”

Filmed during the second COVID-19 lockdown at The Howard Theatre at Downing College, Cambridge, the performance was a collaboration with the composer Richard Causton and the soprano Jessica Summers, as well as Kettle’s Yard, The Heong Gallery and The Fitzwilliam Museum. As part of Refugee Week, the work is being screened in multiple locations worldwide, including cultural institutions and churches across the UK, Europe, Middle East and USA. The ash produced during the original performance is installed in a glass vessel next to the screen at both St James’s Piccadilly, London, and Great St Mary’s Church, Cambridge.