Grinling Gibbons the Michelangelo of Woodcarving 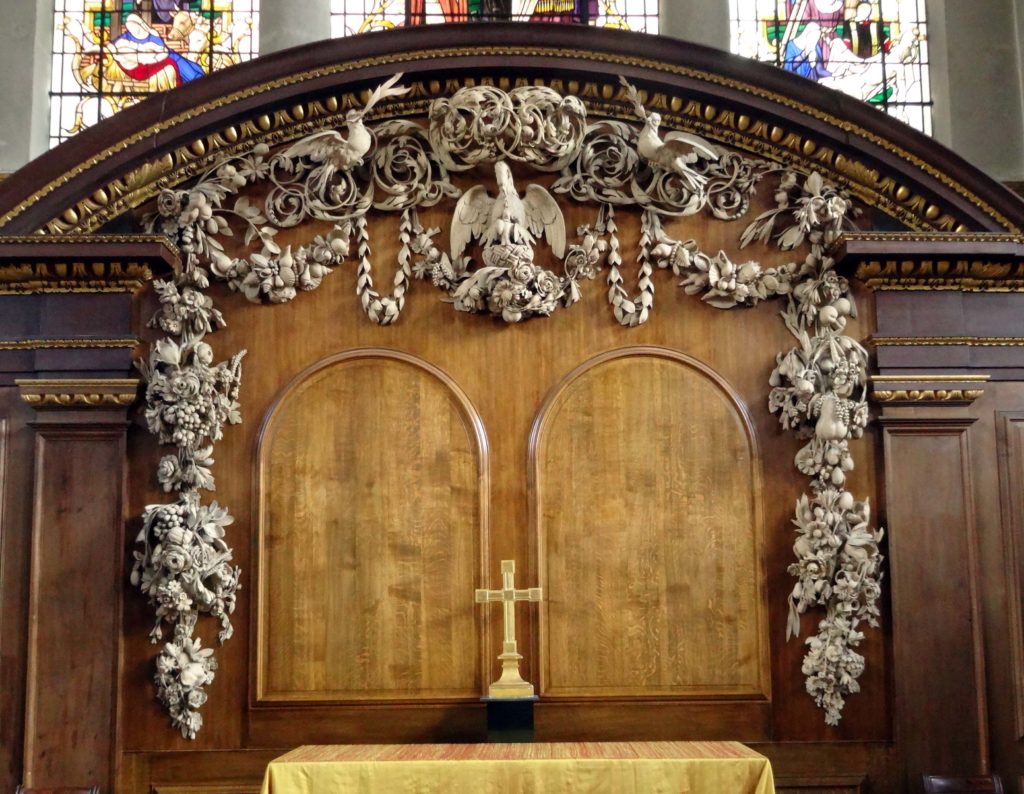 Earlier this year we launched two films celebrating the cultural heritage of St James’s Church, Piccadilly. Featuring the work of woodcarver Grinling Gibbons and poet William Blake, the films were made possible with support from the National Lottery Heritage fund.

The first film, Grinling Gibbons the Michelangelo of Woodcarving features the incomparable reredos at St James’s along with the font and organ case. Gibbons is probably England’s most famous woodcarver of all time. From 1671 to 1721 he molded and shaped wood into the most memorable creations.

His trademark baroque sculptures are instantly recognisable: a cascade of flowers, fruits, leaves, fish and birds that captivate the viewer with their intricacy.

In an exceptional career, Gibbons was appointed as master carver to George I and William III and collaborated with Sir Christopher Wren on numerous projects focusing on architectural decoration. His work can be seen at Hampton Court, Windsor Castle, St Paul’s Cathedral, the National Trust’s Petworth House and St James’s Church, Piccadilly.

Here at St James’s in central London, we have three unique examples of Gibbons’ work: a marble font (where William Blake was baptised), a limewood reredos and an organ case. To explore the power of these sculptures, St James’s has filmed curators, a sculptor, a woodcarver and a master carver discussing Gibbons’ enduring legacy in the 21st century.

Join leading curators from the Wallace Collection, Royal Academy and Victoria and Albert Museum for a film about England’s most eminent woodcarver.

Contributors to the film:

Ada de Wit Curator of Works of Art and Sculpture, the Wallace Collection and author of Grinling Gibbons and the Golden Age of Woodcarving

Rebecca Lyons Director of Learning and Collections at the Royal Academy

Kira d’Alburquerque Sculptor Curator at the Victoria and Albert Museum

Nick Humphrey Furniture Curator at the Victoria and Albert Museum 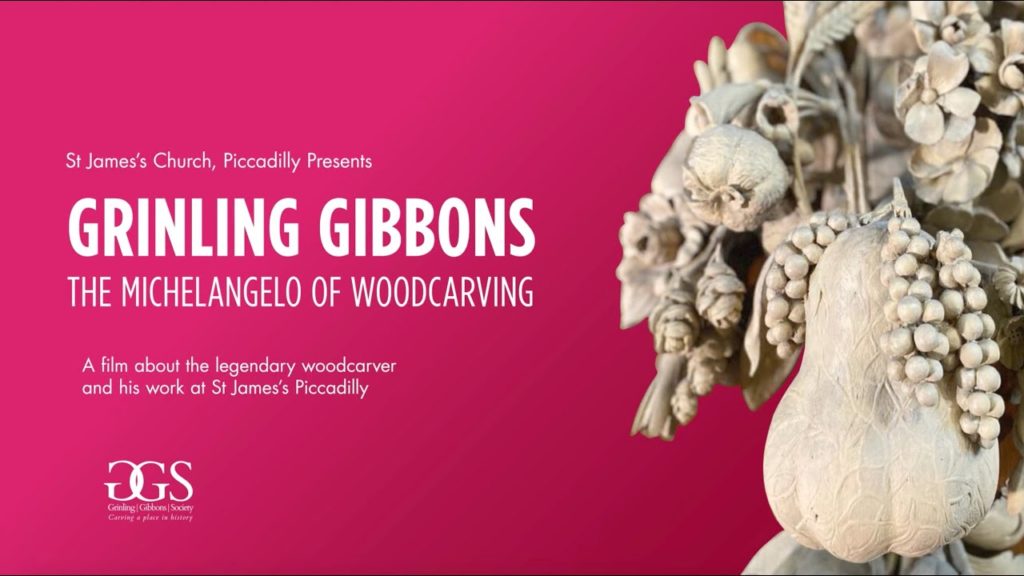