In 2017-18, we hosted a major installation of this Environmental Artist working in stone. 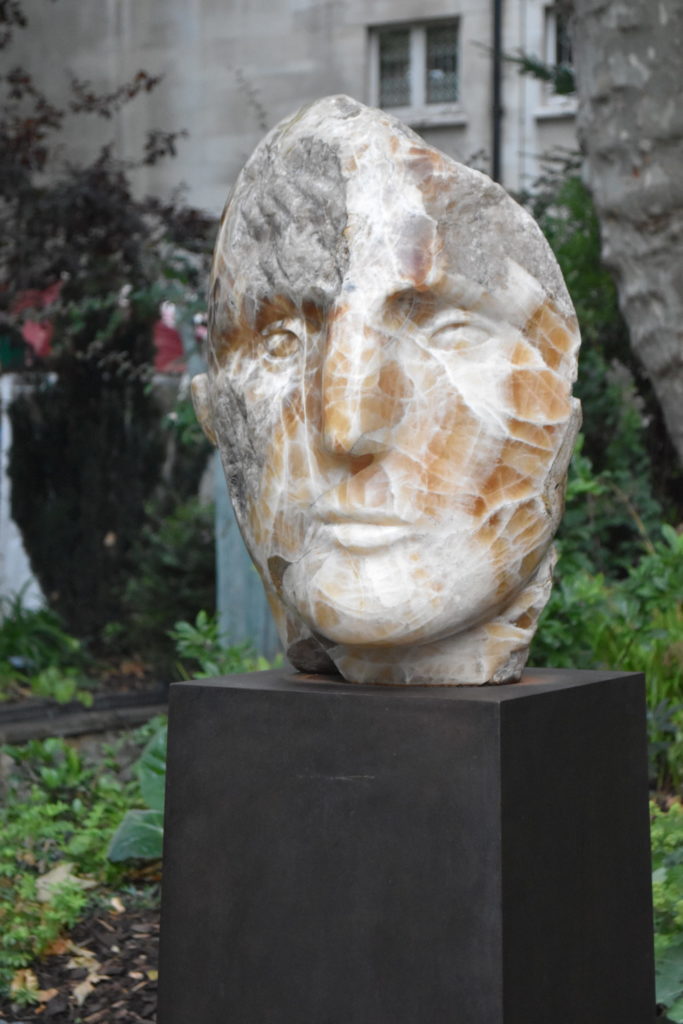 Emily Young has been described as ‘Britain’s greatest living stone sculptor’ (FT 2013). Her preoccupation is our troubled relationship with the planet and her works are often monumental, ‘allowing the viewer to comprehend a commonality across deep time, geography and cultures.’  In her combination of traditional carving skills allied with technology where necessary, she produces timeless works which marry the contemporary with the ancient.

Over the course of almost two years in 2017-18, an exhibition of her works was hosted in the Southwood Garden and the Courtyard. The often-gigantic heads of angels populated our site and thrilled our visitors. It was the epic nature of her work that made this historic site a suitable resting place for the pieces, bringing a longer and deeper perspective to a site often characterised by its 17th century architecture, but whose Portland stone dressings contain fossils from the last ice age.

Emily came to open the exhibition and affirmed that her work transcends the boundaries of organised religion while inviting us into a deeper connection with the spiritual undercurrents of the earth itself.

St James’s is privileged to have one permanent sculpture by Young, bequeathed by a much-loved parishioner who died in 2010, Robin Miller. This angel head is on display in the rectory reception.

Photos by our verger Chris Davies 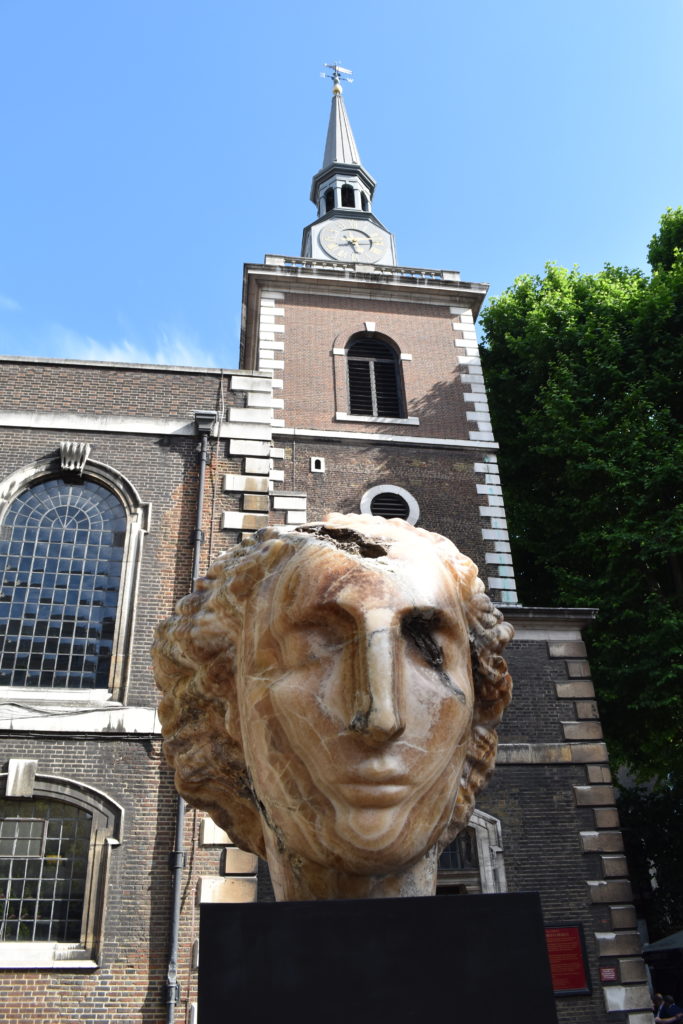 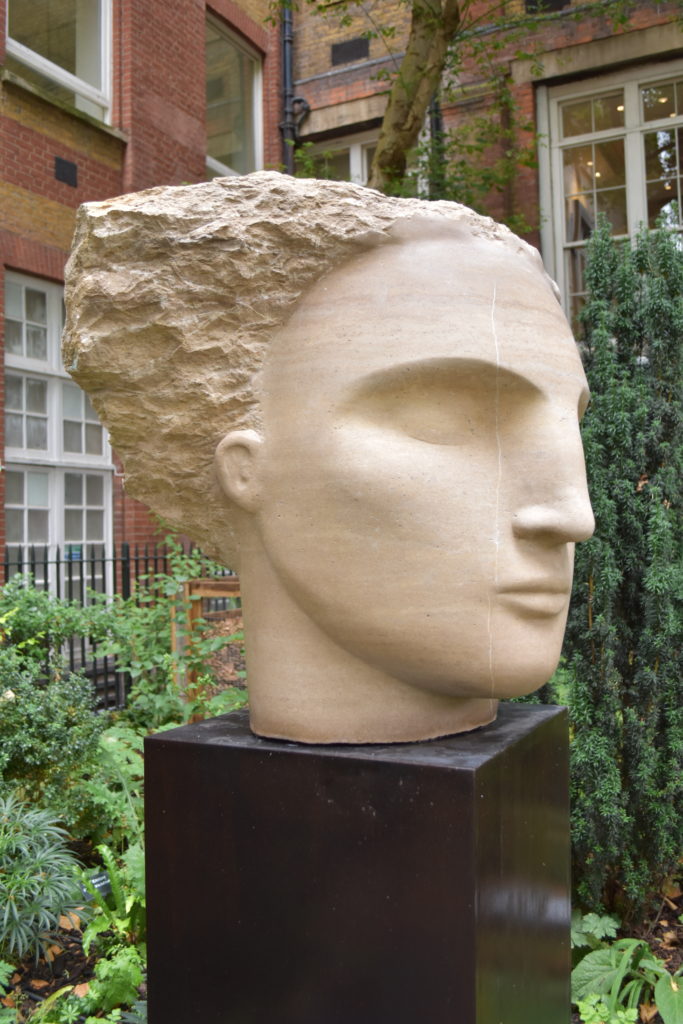 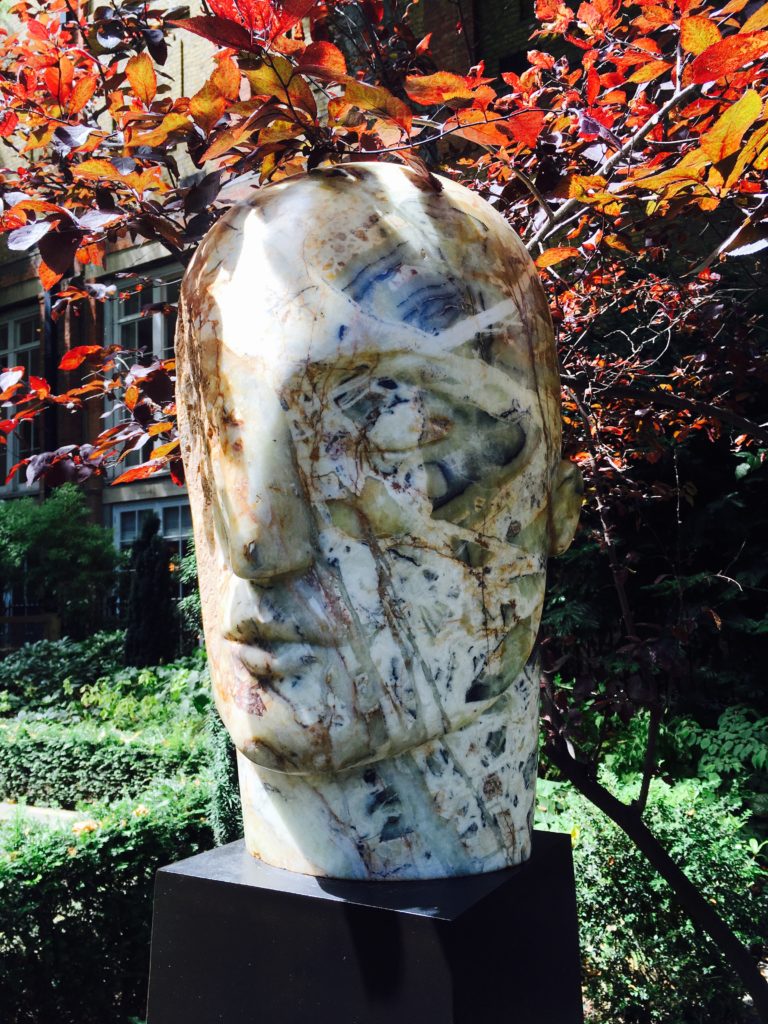 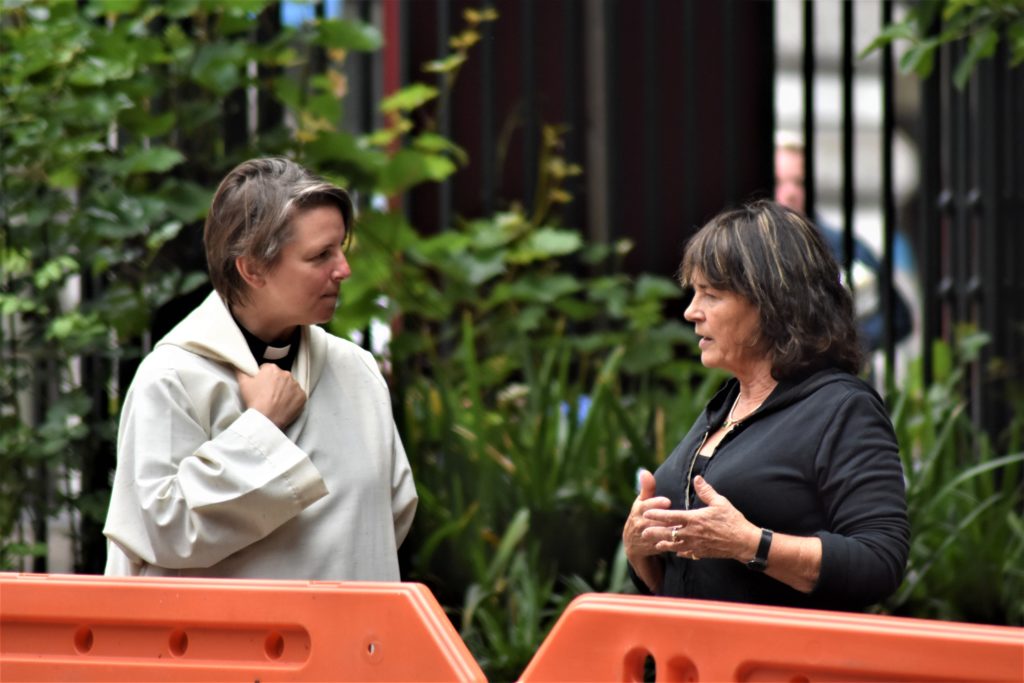 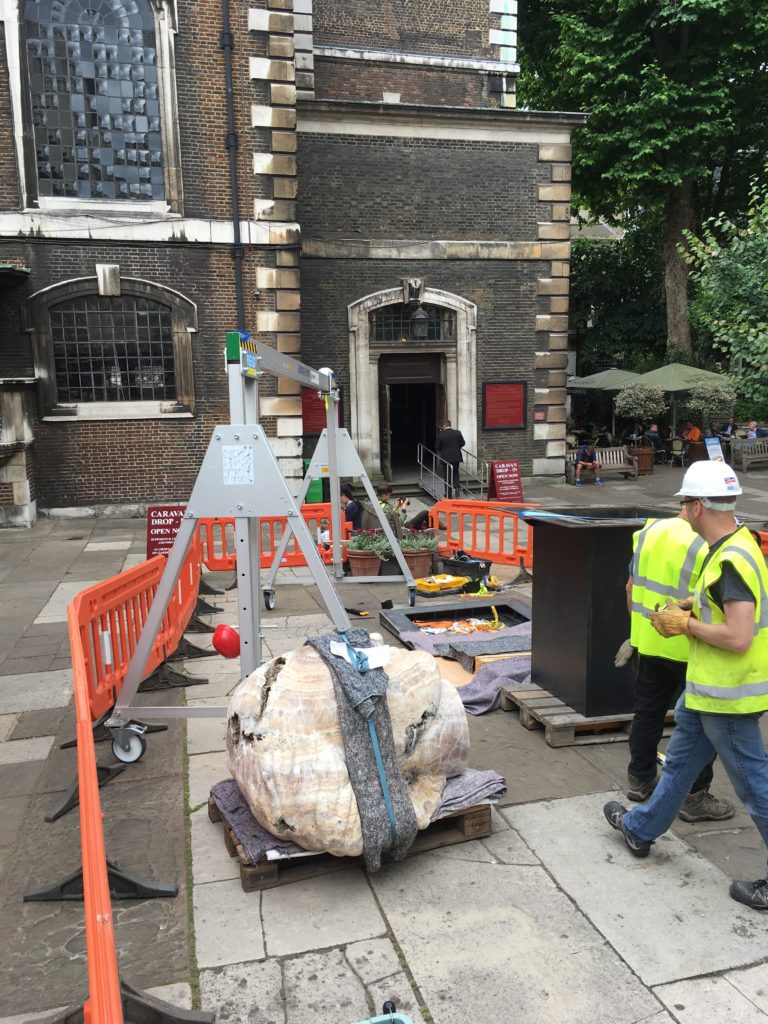 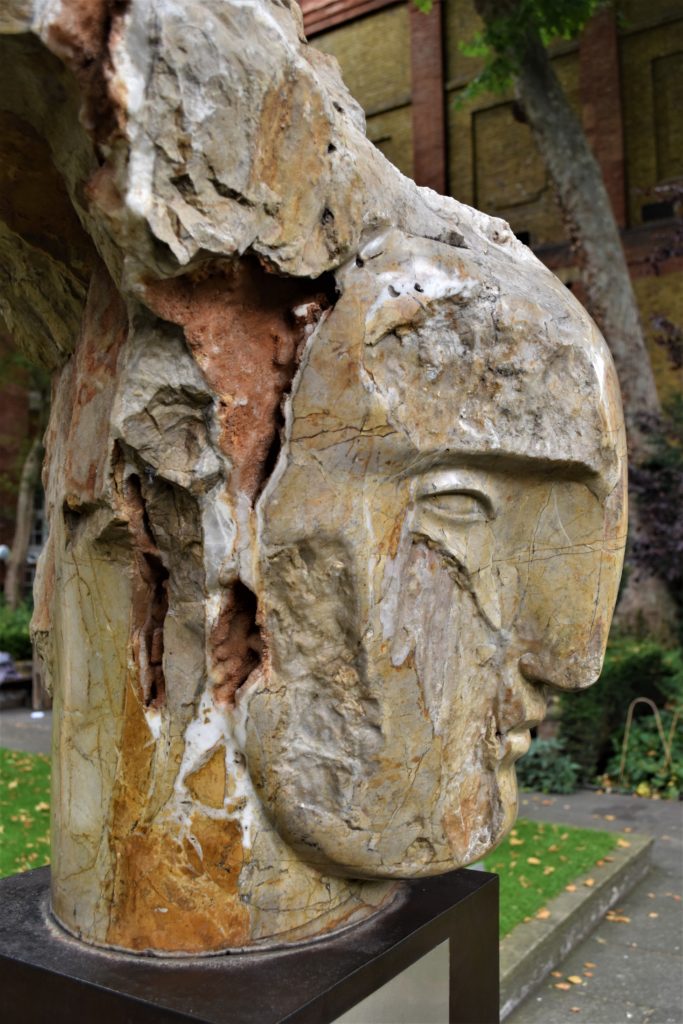 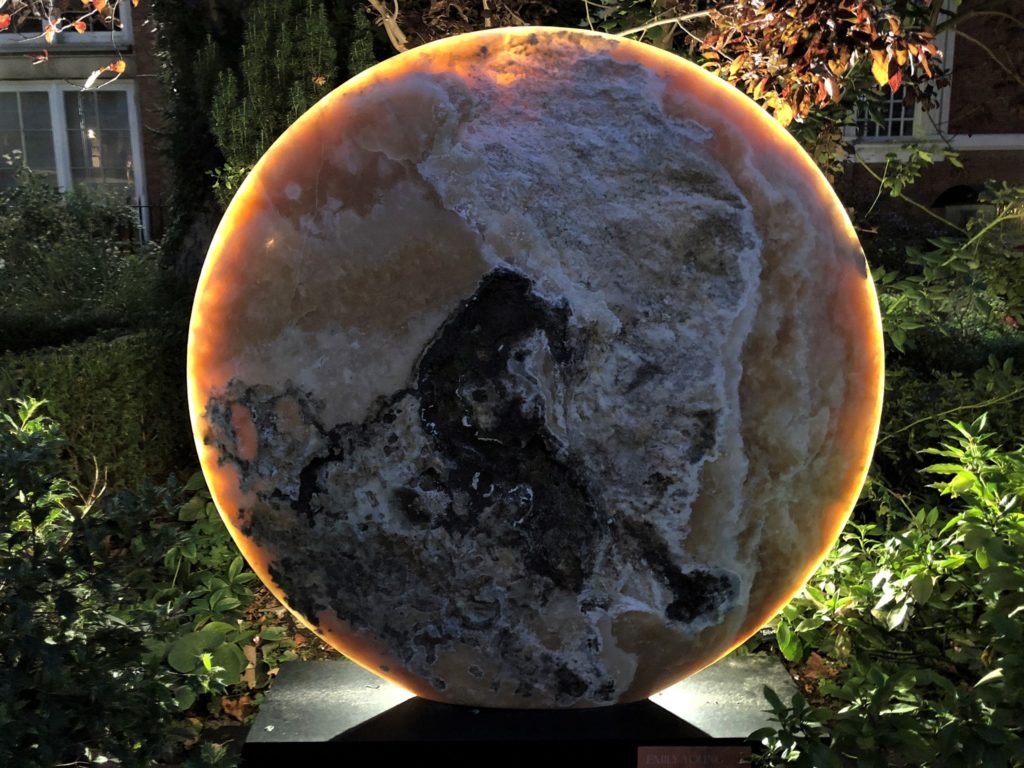 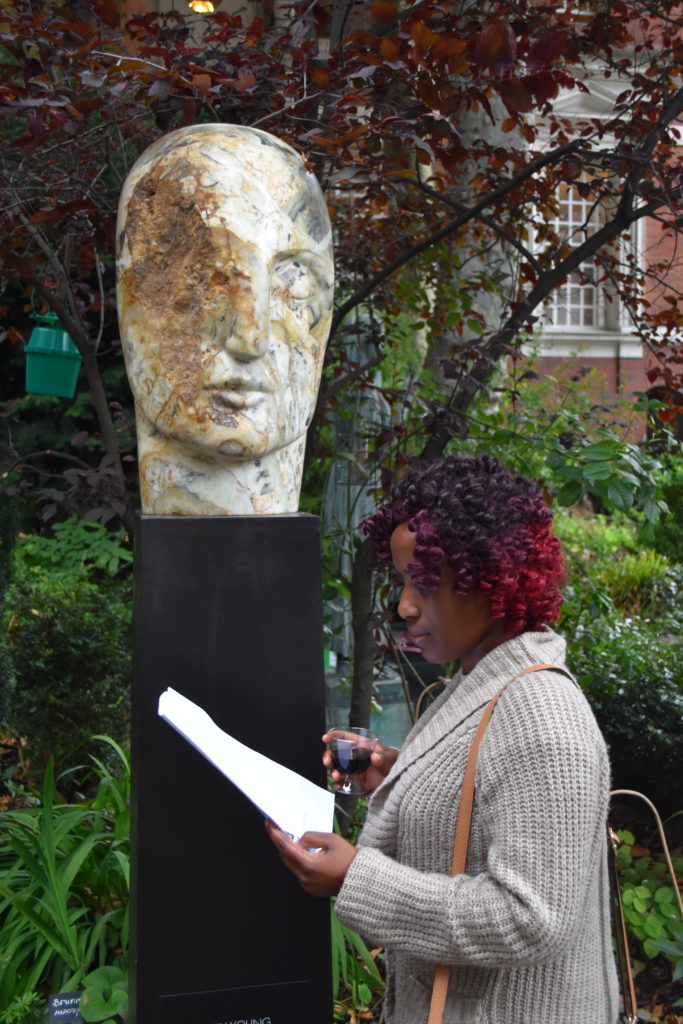 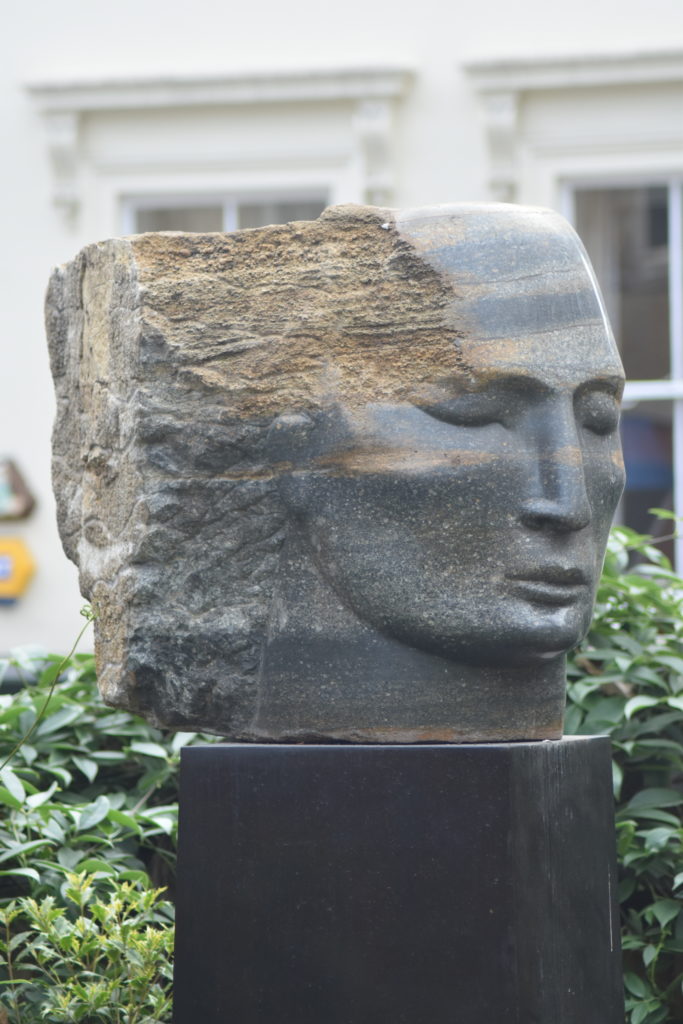