In the latest of our occasional Earth Justice blog posts, Alice Codner offers a challenge to the idea of ‘creation care’. 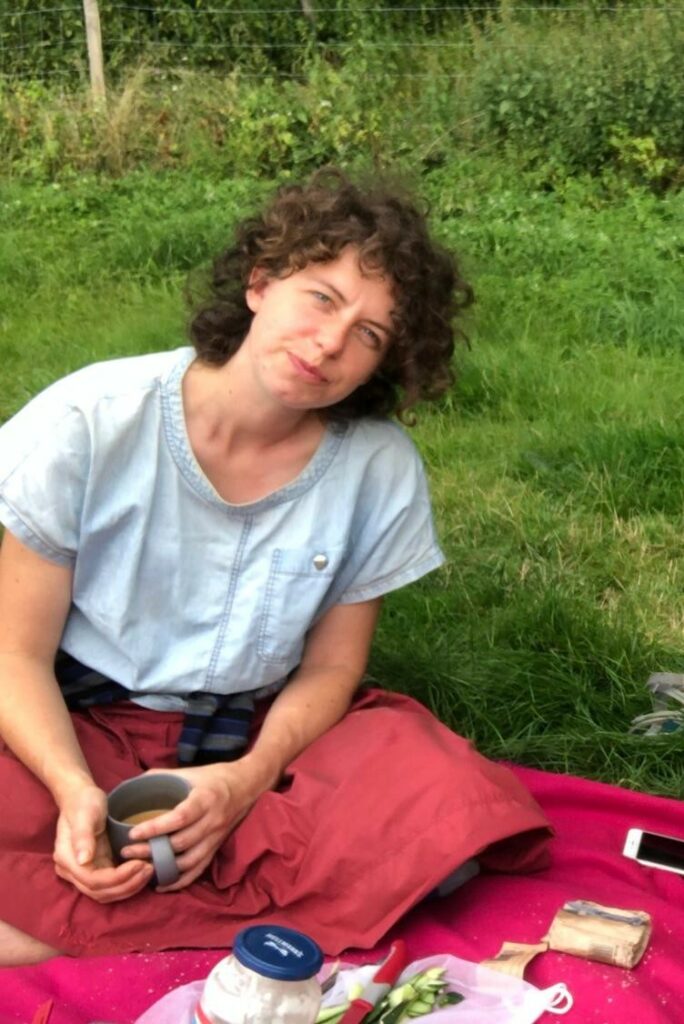 The phrase ‘creation care’ makes me wince, because it seems to apply to everything except humans: you wouldn’t call social work or heart surgery, ‘creation care’ no matter how accurate a description that might be.

No.  This phrase has, in my opinion, become yet another way of separating ourselves, as humans, from the rest of the existing order: another way of ingraining a sense of our own superiority over poor “creation” that needs looking after.

As if we were not also made in a day.

As if we were not also evolved from amoebas.

As if we were not also made of cells and dependent on all other life forms for our survival.

A ‘dualism’ is a structure of opposites.  It’s this tendency to see the world in binaries: us and them, right and wrong, good and bad.  It’s also a tendency to divide the world into structural hierarchies, with an upper hand and a lower hand: strong and weak, rich and poor, powerful and powerless.

When the world is understood in this way, we end up with an entitled ‘upper side’, a position certain people imagine is their right to hold (if they are even aware of it), whom the ‘Others’ are there to serve.  The ‘lower side’ are then stereotyped, their intrinsic value forgotten, or meted out according to their usefulness.  The upper look down on the lower, mistreat and abuse them. Think of 400 despicable years of white masters and black slaves; think of dominating husbands and oppressed wives; think of the global rich shipping their rubbish to the global poor whom they then accuse of having high carbon emissions.

Now think of ‘humans’ and ‘creation’.  What happens when this relationship follows the same pattern?

As with the previous examples, the more we see the world within this dualistic mindset, the more we dominate, mistreat and abuse, without necessarily even noticing.  The ‘upper side’ never feel like it is ‘their fault’.

So I don’t want to practise ‘creation care’; I don’t want to imagine us humans grandiosely as Guardians of Nature; I don’t want to care for our ‘Resources’, like a stockroom supervisor looking at diminishing shelves of size 16 jeans out the back.  I don’t want to forget that we are vulnerable, and absolutely dependent on the whole panoply of life, which exists for its own sake, not ours.

Of course I support the installation of solar panels and planting trees and improving energy efficiency.  But even as we work towards our vital, ecological goals, we need to ensure that we are not simultaneously complicit in perpetuating the same dualistic structures that continue to lead us deeper into the current climate and ecological emergency.

Christianity is well placed to help us here, challenging our dualistic mindsets throughout the year, as every holy day, we are faced again with the nonduality of life in our stories.

At Christmas, we celebrate the birth of a beyond-time, omnipotent, helpless, crying, God–baby.

On Good Friday, we remember God as both simultaneously (an) omnipresent, everlasting, beyond-gender Being-Becoming, and a middle-Eastern, male, human, mammal, being violently killed in a specific geographical location.

In the Eucharist, we share bread, that is a physical-spiritual bread-body story-enactment, in which the transcendent God is immanent to us, as we swallow God-ness, taking in divinity.

Over and over again in our faith, we find power, powerlessness, life, death, divinity, humanity-animality all belonging together, tangled up in ways that go beyond anything we can put into a box, or fully, logically comprehend.

And yet, perhaps if we take these stories seriously, their non-dualistic presence may be helpful, challenging companions on our journey towards a sustainable life on this planet.

After all, we too are animals.  We too are both powerful and powerless.  We care and are cared for.  We are creatures and we are uniquely responsible.  We are fragile, dependent, and we have a lot to do.