Petra Griffiths, member of the Eco Team, talks about the need to bring together earth and social justice. 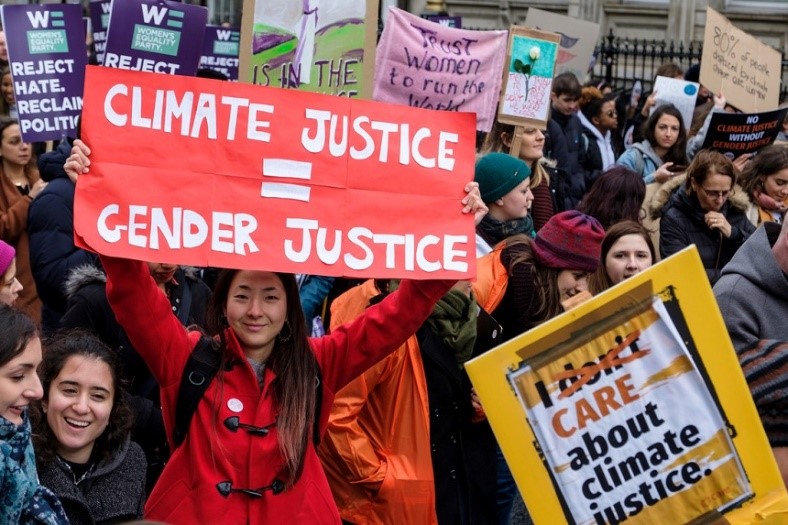 It is encouraging that many now recognise the need to bring together many elements of social justice with the actions that are needed for the future wellbeing of our planet, rather than working in silos on green issues and social issues.  At St James’s this is apparent in the naming of Earth Justice alongside Social Justice as part of our vision statements. A great deal remains to be done following the outcomes of the Glasgow Climate Summit in November 2021. 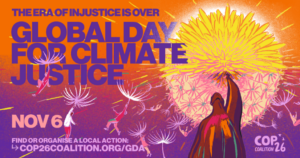 “It is estimated that climate change may push an additional 132 million people into poverty by 2030. The time to act is now. Climate change poses the greatest threat to the most vulnerable and marginalised communities in the global South, particularly women and girls, and people living in poverty.”

Encouraging buds of new growth are:

How will we do things differently as a result of recognising the primacy of climate justice? At St James’s when we are planning actions to enhance sustainability, or educational events to help community members to be well informed and to make more life enhancing choices for the planet and all its peoples, we need to stop and consider not only our own small patch, but also commit to thinking in a broader way about how our actions can improve the life chances of those at the sharp end of floods, fires, drought and displacement, who are often those who have done least to bring these changes about.

I close with the words of powerful climate justice advocates:

Professor Robert Beckford, of the Institute for climate Justice and social Justice at the University of Winchester, and Professor of Black Theology at the Queen’s Foundation:

“I studied liberation theology and began to see liberation as holistic, going beyond individual salvation to something that embraced social justice and environmental justice. The dominant framing in many church traditions focusses on blessing, bounty, God showering unlimited resources on people – which in turn is connected to global capitalism, to a discourse that supports the exploitation of natural resources for economic benefit – which is fundamentally opposed to environmental and social justice.

This perspective is amply demonstrated by the songs that dominate our communal worship……. Where is the room for lament? There is no room for acknowledging the pain, the grief, the suffering. Where are the songs for rage?”

Dr Ayana Elizabeth Johnson, (marine biologist and author of the Ocean Collective, pictured) and Katharine K Wilkinson (author of Between God and Green), in their book All We Can Save. Truth, courage and solutions for the climate crisis say:

“This speaks of the song at the heart of everything. Soul and soil are not separate. Neither are wind and spirit. Our grief is our love. Our love will be our undoing as we quietly disengage from the collective madness of the patriarchal mind that says aggression is the way forward. Today we need to rewrite the rules with all people in mind; feel a ferocious love for the planet we call home; collaborate with and support nature; moving from climate action to the necessity of climate justice. We need to agree what a just transition means and involve both individual and structural change.”