Behind the Scenes at Bridgerton

Lucy Winkett talks about the Netflix blockbuster Bridgerton, and how for a few days St James’s was at the centre of the storyline. 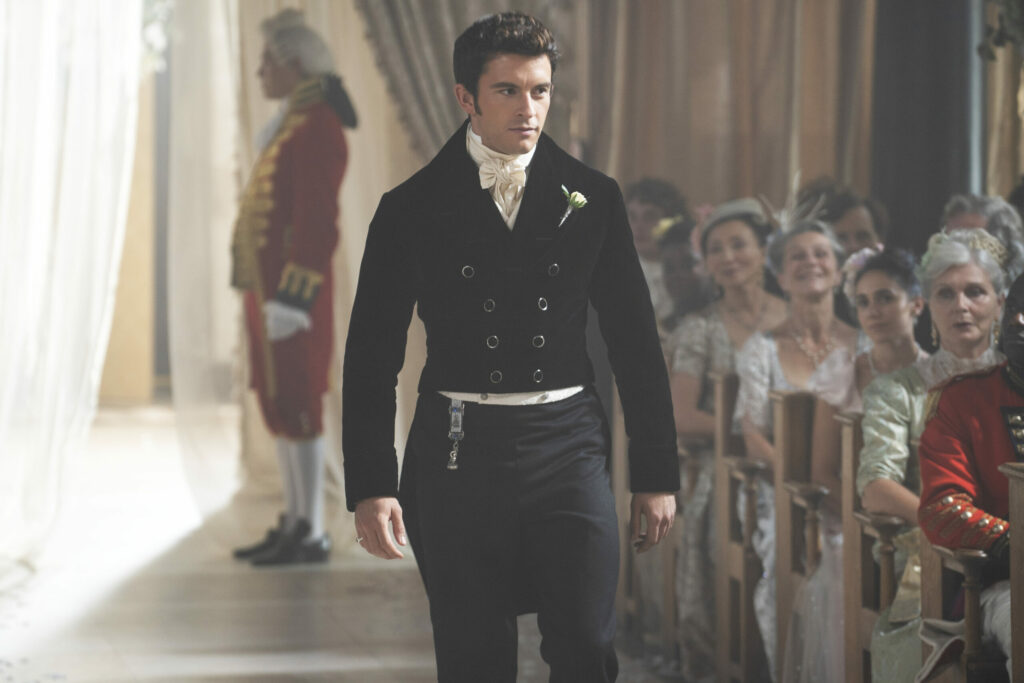 I’d heard of the hit Netflix series Bridgerton but I hadn’t seen any of it when I met with the Locations Supervisor on Zoom to see if St James’s Church might be available for a few days filming last year.

The juggernaut that is a Netflix blockbuster is a little overwhelming when first ideas are exchanged.  It soon became clear that although the scene (a wedding) was to be shot inside the church, the requirement for cranes and lights outside the church meant that the whole site would be given over to the project. Our own parameters were that our Monday night meal for people going through homelessness had to continue, and worship on Sundays had to go ahead, but in between, for a few days, we became a full-blown film set.

At the time too the Covid protocols were extremely strict, and so our own staff were included in the Netflix ‘bubble’ with daily testing in place and restricted movement.  Sets were painted in the garden under small marquees, cranes were brought into the courtyard, huge drapes were hung in the church itself, transforming St James’s into ‘Buckingham Chapel’, because the wedding (episode 6 if you haven’t got there yet) was hosted by Queen Charlotte.

One of the crew had studied the history of art and was a fan of Grinling Gibbons, remembering visiting St James’s when they were a student years ago. Another had been to talks by Alternatives, and one other was part of the crew that had, working for another company, put up the scaffolding for the capsized boat that was hung in the church to highlight the refugee crisis at its height in 2014 for ‘Flight’.  So some felt as if they knew the place already.  But most had, like many others, ‘often walked past but never come in’.  Perhaps one of the closest connections St James’s has is with one of Bridgerton’s stars, the actor Adjoa Andoh, who is herself a lay preacher and who spent some time volunteering in our counselling project the Caravan some years ago.

What stays with me is the sheer number of people involved, and the impressive professionalism of the crew. Together with some residual anxiety, having signed a rather fierce NDA myself, that we would somehow let slip that this was the series being filmed. The whole project had a code name ‘Waterloo’ and part of church requirements is that scripts and synopses must be cleared in order to give permission for filming. I didn’t quite understand the significance at the time of Kate Sharma’s bangle or Anthony Bridgerton’s distraction… but of course now I do.

The finished series is a romp through Regency society in a fantasy-feel-good love story.  What’s more, it’s inspiring a fashion for Regencycore interior design and dress. And the whole dedication to integrated representation in casting that Bridgeton is pioneering is great to be part of. Yes of course it was a huge undertaking to negotiate and facilitate St James’s as a film location, and of course the fee helped our budget for 2021.  But it was also inspiring to see the many creatives, carpenters, florists, engineers, technicians involved – over 200 just for our wedding scene – that gave St James’s our few minutes of global fame. Next stop Batman. 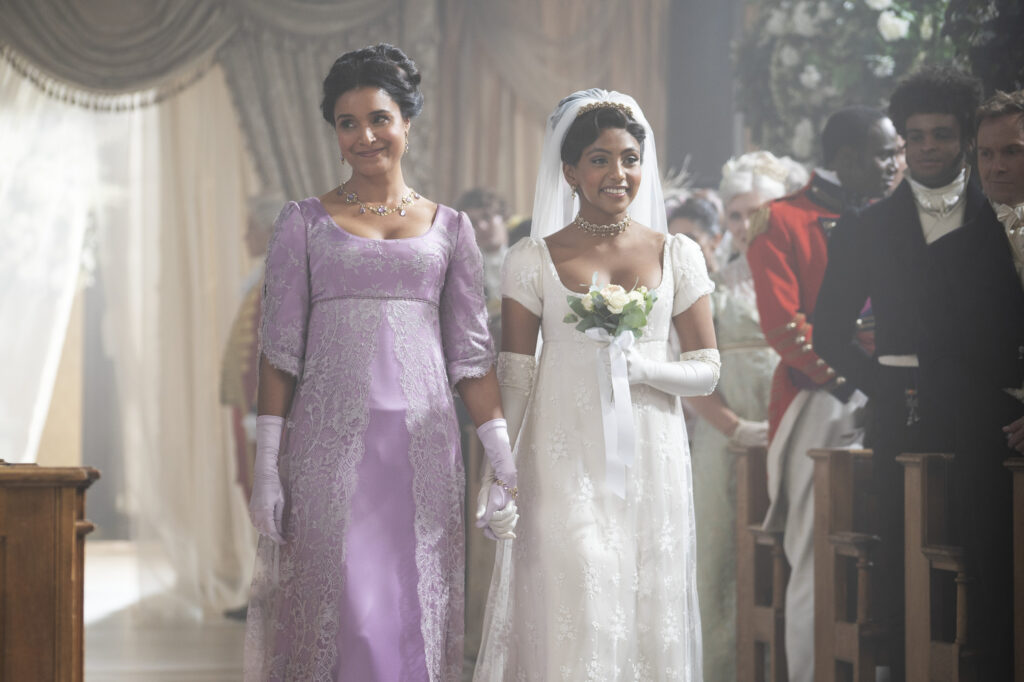 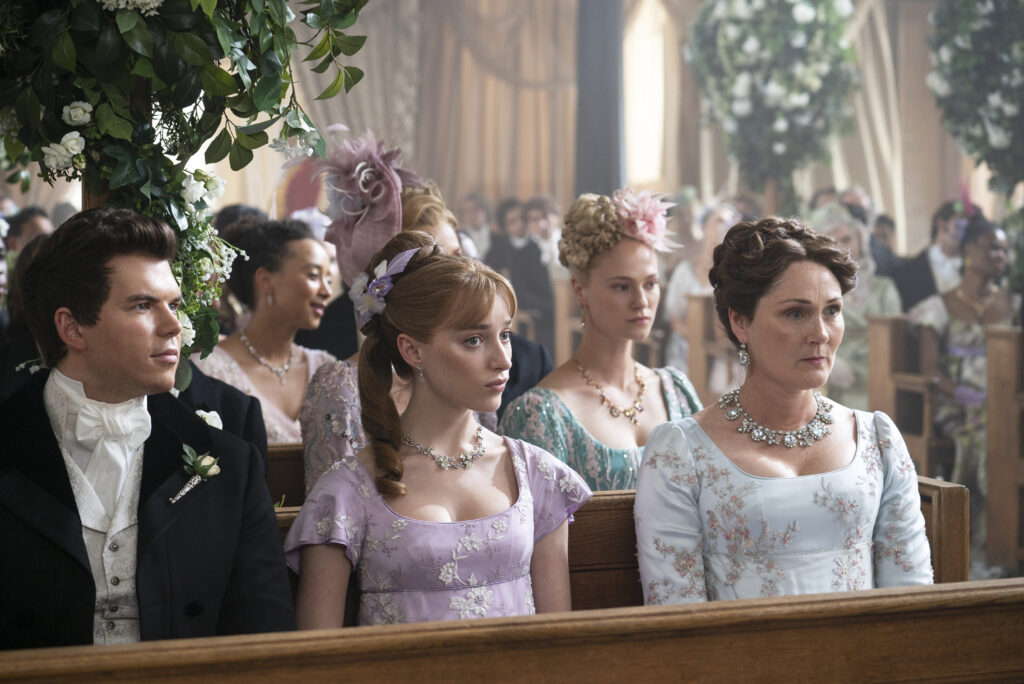 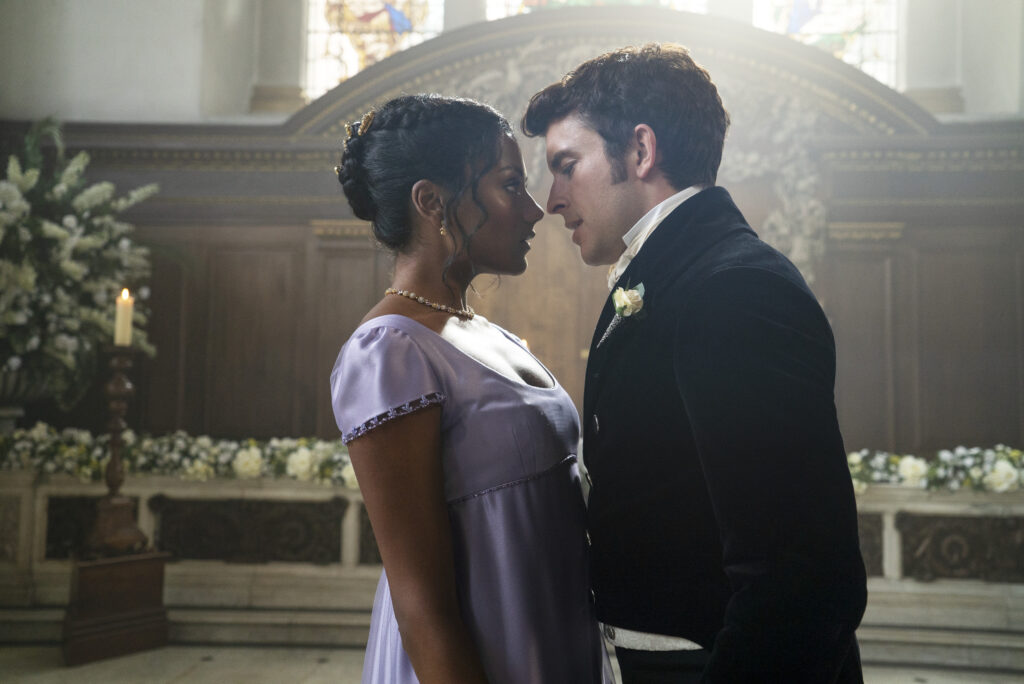